The official name is the Kingdom of Norway (Kongeriket Norge, Kingdom of Norway). It is located on the Scandinavian Peninsula in the northwestern part of Europe. The area is 323.8 thousand km2, together with possessions – 385.2 thousand km2. The expansion of the economic zone in 1977 to 200 miles led to the fact that the area of the maritime regions—the economic and fishing zones (2.24 million km2)—is three times the size of the mainland.

According to allcitycodes.com, Norway is located between 59°57′ north latitude and 10°43′ east longitude. The territory of the country is stretched in the form of a narrow strip from the southwest to the northeast for 1750 km. The largest width of the country is 430 km, the smallest (in the Narvik region) is approx. 7 km. OK. 1/3 of the territory is located north of the Arctic Circle. It is washed by the seas: in the north – the Barents Sea, in the west – the Norwegian and North Seas, in the south – the Skagerrak Strait. The warm Gulf Stream runs along the entire coast. The coast, especially the western one, is indented by fjords, mostly with steep, high, rocky shores – Sognefjord, Hardangerfjord, etc. Near the coast there are a large number of large islands (Lofoten, Vesterolen, Senya, Mageryo, Sörö), numerous small islands and skerries – St. 150 thousand The protected sea route in skerries from south to north (from Stavanger to Narvik) was named Hurtigruta. Ancient navigators called these places Nord verg (The way to the north), from which the name Norway subsequently came.

Norway is a mountainous country, almost 2/3 of its territory lies at an altitude of more than 500 m above sea level; The lowlands occupy a narrow (40-50 km) seaside strip (the so-called stran flat) and are found in small areas in the south and east of the country. Almost the entire territory of the country is occupied by the Scandinavian Mountains, which are a vast upland, wider and higher in the south (the highest peak of Galdhøpiggen is 2470 m) and narrow, strongly dissected in the north (800 m on average).

The climate of the country is temperate, maritime, subarctic in the Far North. Due to the warm North Atlantic current (Gulf Stream), the climate of the coastal regions is much milder than in the northern latitudes (the average January temperature in the north is -2-4°C, in the south +2°C). For the same reason, the coast almost always remains free of ice. Summer is cool (average July temperature in the north of the coast is +10°C, and in the south +15°C) with frequent rains and strong winds. Climatic differences between north and south are much less pronounced than between west and east.

The river network is very dense, mountain rivers (large – Glomma, Logen, Tava and Alta) are full of water, although they are short. They have rich hydropower resources (120 billion kWh per year). There are 200 thousand lakes (the largest is Mjosa with an area of 369 km2), their total area is almost 5%. Over 1/4 of the territory is occupied by forests; in the north, spruce and pine forests predominate in the mountains.

The animal world is diverse (fox, elk, ermine, squirrel, hare, arctic fox, reindeer), the world of birds is exceptionally rich. Numerous bird colonies are located on the cliffs that break off to the sea. The seas washing the shores are exceptionally productive (cod, mackerel, perch), salmon, trout and salmon are found in rivers and lakes.

Norway is one of the sparsely populated countries in Europe (14 people per 1 km2). The most populated is its southeastern part – Estland, where half of the population lives. The plateaus of the southern part are almost deserted. The northern part is extremely sparsely populated (only 10% of the population). The population is increasing at an average of 0.5% per year (over the past decade), mainly due to natural increase. Child mortality is low – 3.98 people. per 1000 newborns (2002). Life expectancy for men is 75.73 years, for women – 81.77 years.

Approximately 97% of the population is Norwegian. National minorities are the Sami (about 20 thousand people), Kvens (Norwegian Finns), Danes and Swedes.

The official language is Norwegian, belonging to the Scandinavian group of Germanic languages. There are two literary norms officially recognized as equal in rights – Bokmål and Landsmål. Bokmål publishes 90% of all printed materials and teaches in more than 80% of schools.

The official religion is Lutheranism (over 90% of the population). 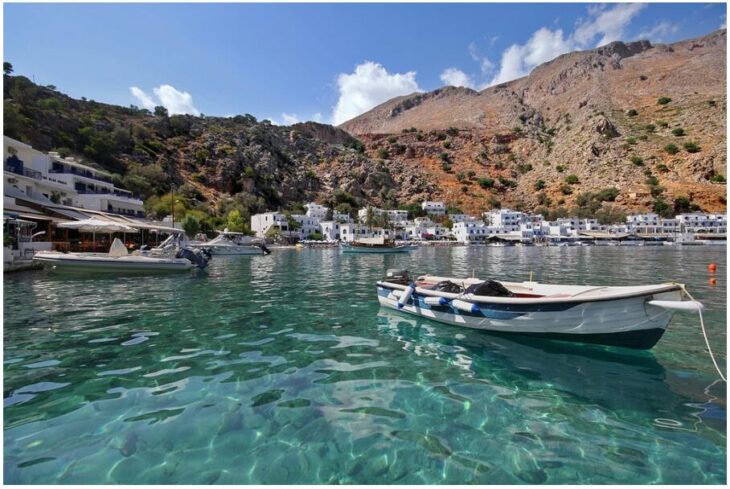